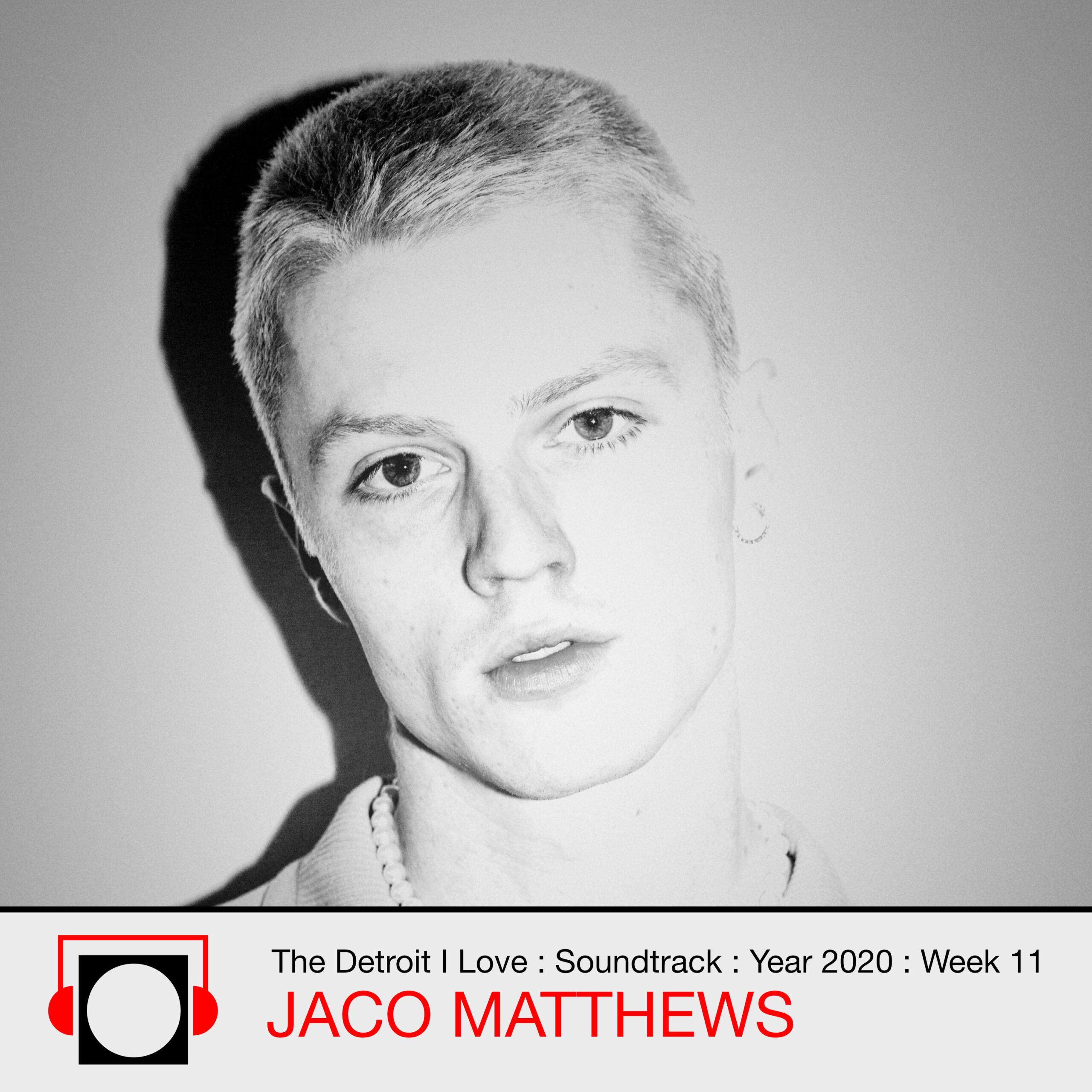 Born and raised an hour north of Detroit in a small country town, Jaco grew up immersed in the sounds of Motown, blues and funk. As a teenager heavily involved in DIY skate culture, he joined a band and taught himself to play bass and guitar, but was drawn to the electronic side of music. In his early twenties, he began producing solo and moved to Detroit to learn from the city’s rich musical legacy. His productions are distinctly jazzy and deep—clear nods to hometown influences Moodymann and Rick Wade—with a tribal edge, while his DJ selections range from 160+ BPM jit records to the dreamiest disco and deep house. True to his roots in the live music scene, he approaches every set with the intention of using the unfamiliar and the unexpected to lead the audience to particular emotional states.

“When I first moved from a small country town to Detroit, living in a city and the club scene was entirely new to me. I didn’t know anyone but within a week, I’d met dozens of people, a number of which are now some of my closest friends. The support and camaraderie within the scene here in Detroit is truly incomparable.“

On being a Detroit DJ
“Honestly at first, being a part of Detroit’s music scene can be a bit intimidating. You got Aretha, Dilla, Kenny Dixon, Jack White and countless other legendary musicians that crafted their sound in this city. So when I first moved here, it was hard not being intimidated by a list like that. But once you start getting involved with other musicians, producers and DJs in the city, you can’t help but notice this affinity between Detroit artists. Where people will praise your individuality and creative expression within your craft rather than see how you measure up to our distinguished history. So for me, being a part of Detroit’s music scene is all about keeping that feeling of having a loving, supportive and encouraging community alive.”